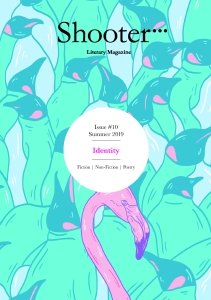 There are so many facets to what makes us who we are: gender, race, religion, profession, nationality, sexuality. Even style, an outward indicator of personality and background. What we feel, what we do, how we look, what we think – all feed into the narrative we tell the world about ourselves, the story of our individuality.

Our 10th issue’s theme of Identity inspired work that explores not just aspects of the self, but the ways in which these elements frequently shift and blur. In keeping with the emergence of “identity politics”, many of the pieces revolve around themes of gender, particularly womanhood. As abortion rights continue to be eroded in the US, Lin Rose’s essay “Unlikely Opponents: Woman vs. Fetus” offers a personal view on how unwanted pregnancy impacts women. Stella B James considers stereotypes of femininity in her story “To Be a Girl”, while Tanya Horwitz’s scientific researcher in “The Girl from Rhode Island” feels more comfortable with humanity at the level of cells than fully developed people. Katherine Morgan’s poems and Nadia Henderson’s story “The Word I Use” consider the ways women might be boxed in, literally or figuratively, by their gender.

As for the other half, Jacqueline Landey’s non-fiction piece “Better Man” examines notions of masculinity in Dartmoor prison, where she observed the effect of a theatre workshop on the inmates. In her essay about Autism Spectrum Disorder, “Where the Rain Gets In”, Selene dePackh underscores the challenges of non-normative neurological wiring for both men and women.

One of this issue’s strengths turned out to be its breadth, illuminating many of the key aspects of identity. (We also ended up with, for the first time, a completely even balance of fiction, non-fiction and poetry.) Atreyee Gupta’s story “Dirty Skin”, about an Indian-American family visiting the motherland, draws upon race and nationality. Christina Hoag’s memoir “Not From Anywhere” also explores concepts of nationality, detailing her experience growing up as a “third culture kid”. Adam Welch’s wryly humorous tale “Sweet Nothing” suggests the link between identity and knowledge, or lack thereof. In her memoir “Speaking of Here”, Dionisia Morales recounts her time as an English teacher in Germany after the fall of the Berlin Wall, examining how meaning and identity shift depending on language and context.

Among the poets, Jay Whittaker considers the difficulties of defining identity, especially for the marginalised, in “Radical”, while Lawrence Illsley boils life down to a series of acronyms in “Man of Letters”. Susan Barry-Schulz pinpoints a specific North American identity with her two poems’ loaded associations, and Stephen Regan offers a very British counterpoint in “Brick Boy”.

The 2019 Shooter Short Story Competition winner, “Another Country” by Jenny Booth, happens to tie in with the Identity theme as well. Echoing Regan’s ironic “bright grey / British future”, Booth’s story digs into the class divide to imagine the near-future consequences of a disastrous Brexit. The resonance of Booth’s prose and her convincing engagement with a timely issue earned the top prize, considering not just how class continues to affect individual identity in the UK but how Brexit will impact the national character as well.

Perhaps no more concise statement about identity has ever been written than Walt Whitman’s famous line, “I contain multitudes,” from his poem “Song of Myself”. As the stories and poetry in this issue of Shooter show, pinning people down with labels or attempting to package them into neat categories is always doomed to fail. Acceptance or understanding of human complexity frequently eludes the media, as well as any group with a rigid agenda. It’s heartening to see this understanding at work in the literary sphere, however. I hope you’ll gain as much insight, not to mention entertainment, as I did from the work in this milestone issue of Shooter.

To order the Identity issue or sign up for an annual subscription, please visit the Subscriptions page. 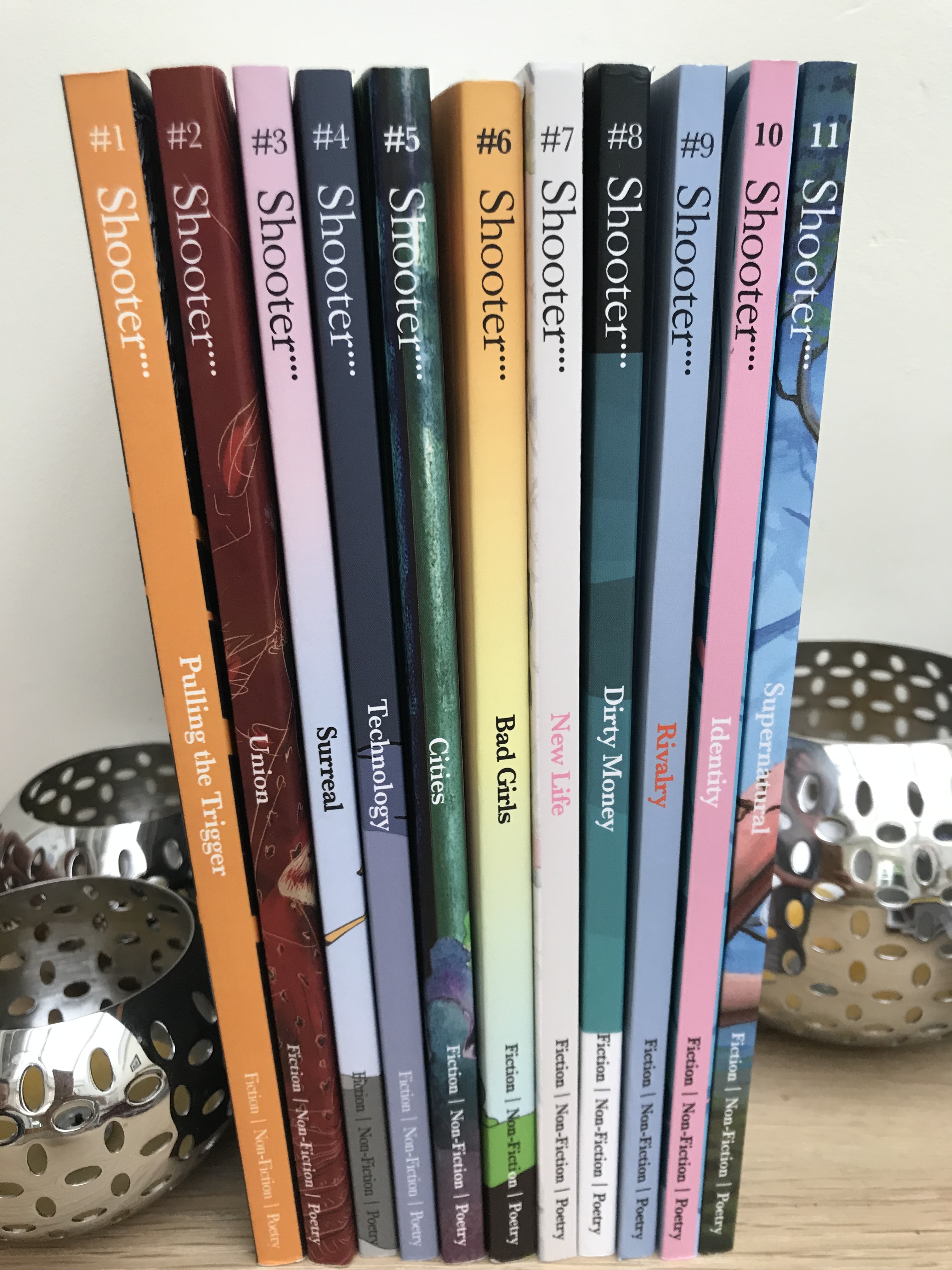