Katy Darby, a novelist and accomplished short-story writer, has proven her lyric prowess as well by winning Shooter’s 2019 Poetry Competition.

Although in recent years Darby has focused more on prose (with her novel, The Unpierced Heart, published by Penguin), she has previously won the Frogmore Poetry Prize and the New Writer Poetry Collection Competition. She has an MA in Creative Writing (Prose) from the University of East Anglia.

Shooter’s runner-up in the poetry competition, Nikki Robson, crafted a well observed and resonant poem, “Strix aluco”, inspired by a tawny owl. Robson (a previous contributor to Shooter with a pair of poems in issue #5, the Cities edition) has previously won first prize in the Elbow Room competition and been highly commended at Wigtown and Carers UK. She holds an MLitt in Writing Practice and Study from Dundee University, and her poems have appeared in journals and anthologies including Acumen, Under the Radar, The Lake, and Scotia Extremis. She is from Northern Ireland and lives in Scotland.

Both poems are available to read on Shooter’s Competition Winners page, and Darby’s winning poem will also appear in the forthcoming Supernatural issue, out next month. Huge congratulations to both poets for their compelling work! 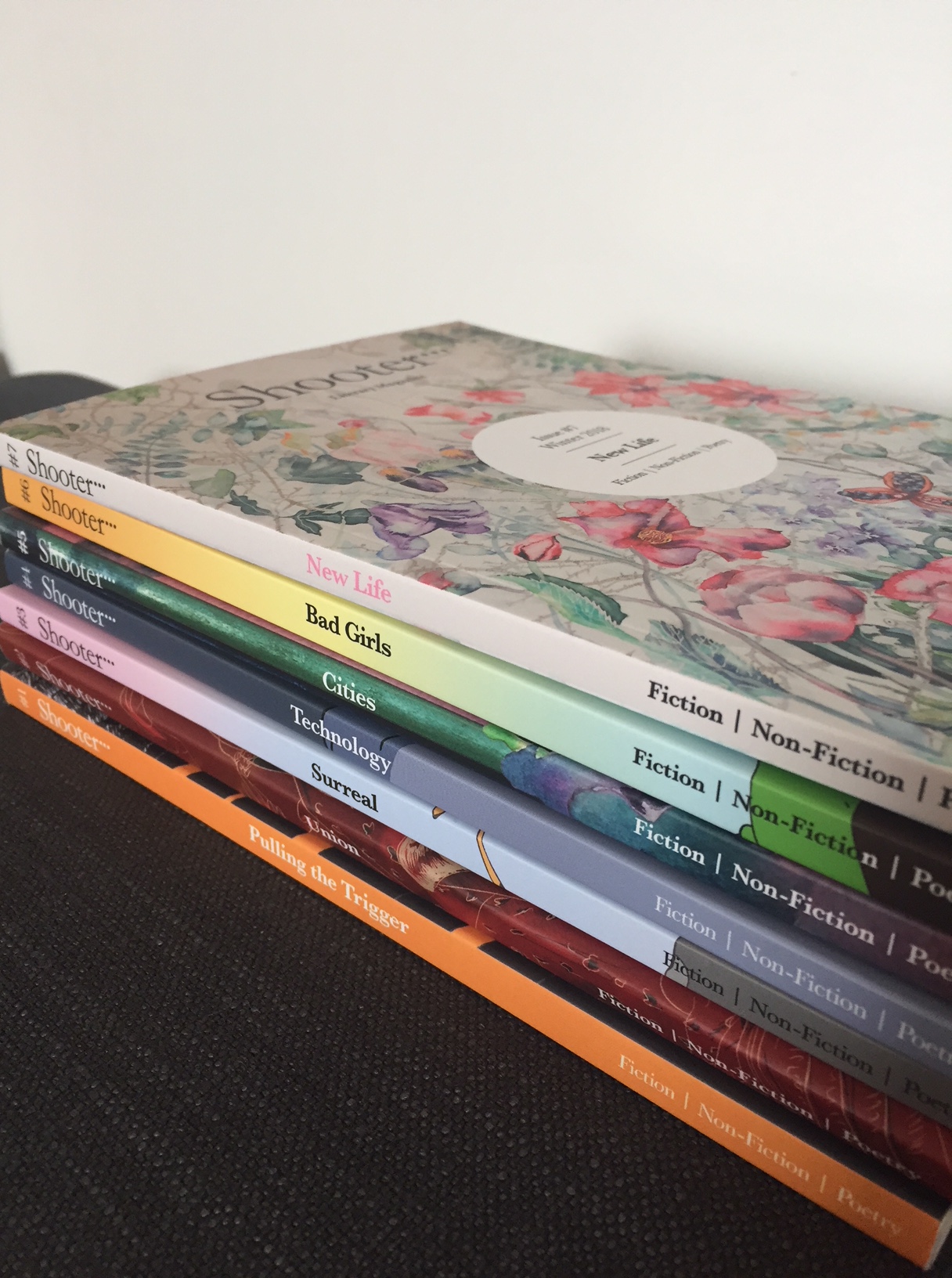 Shooter is a literary magazine featuring entertaining, well crafted stories and poetry from up-and-coming writers, showcasing original artwork on the cover of each issue.

Unlike most literary journals, we make a point of paying our writers and artists, believing that creative work deserves financial reward. As Shooter grows, so too will the amount that we pay our contributors.

When you subscribe to Shooter, you support writers and artists at the outset of their careers: a crucial time when recognition can make a huge difference. If you enjoy great writing, please support the next generation of writers and artists by subscribing. And if you like what you read, please spread the word via Facebook or Twitter.